A little bit of big news is here.  I've been working diligently to get the two Anthology books completed and released.  I've gotten one step closer and I'd like to introduce the cover and titles of the two books (the Cover Art was done by Thomas Drew).

First up is the Anthology that is placed chronologically between Bad Lands and Knights of The Realm and it's called Echoes of the Ever War: Untold Tales 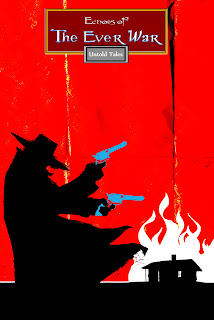 While my original intention was to release both anthologies at the same time I'm expecting to instead release them one at a time.  The second will book will be Echoes of the Ever War: Lost Lore 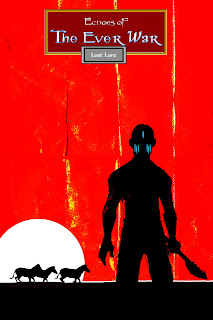 The two covers are designed to be placed side by side as one unified image, but can otherwise simply be considered two separate covers designed under the same aesthetic.
Posted by D W Hawthorne at 6:06 PM