I've been working on getting major game progression points down, but with the combat substantially smoother I'm able to put more time into other detail elements.  For instance, map shifts are something I'm slowly learning, but will eventually make for a far better game.  I'm including a side quest for people that are inclined to try it, and that way I can involve parts of the world that aren't necessary to the plot, but in a way that has been inspired by FFVII in that these bosses are most likely going to be tougher than the actual final boss in the game.  I'm not yet certain what reward I'll build in for having completed the entire quest, but I'll try and make it awesome, or at the very least amusing.  Here's a shot of the overworld design as it stands currently: 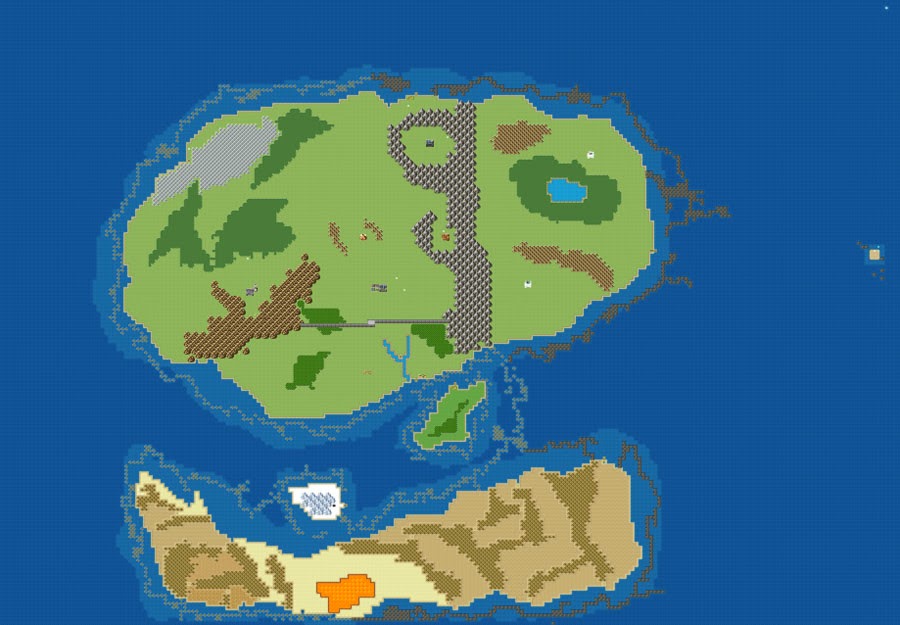