This week we have moved into Kiama (pronounced Kai-ahm-uh, not Key-ahm-uh). I am staying with Pepsi who is allowing me to share his humble abode: 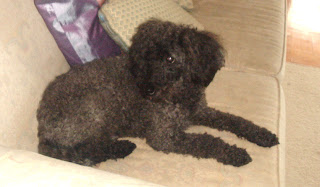 The rain continues to plague the East Coast and vacillates between non-existent and torrential downpour. I suppose we're lucky that this week it's not coming with the giant red dust clouds that festered upon the area just two weeks ago. Outside the home where I'm staying there are a group of birds called "laurelkeets" (that's more of a phonetic spelling and might not be completely accurate) that inhabit the trees. Despite their vivid colors they manage to blend in very well with the greenery. 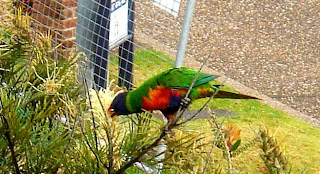 Much of Kiama is beach-front property. Unlike back home, here the beaches are all open to the public. You do not need to pay the government for the right to access any beach. I believe this is a federal law. 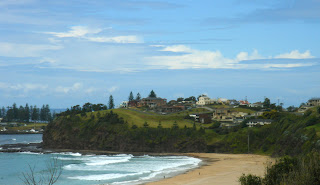 As we got to meet and mingle with the members of the Kiama Rotary Club we learned that one of their members passed away in recent years and the last project he worked on has become a memorial park in his honor. I have attached a video of the park and the area most directly improved and worked upon by Rotary members.