Time has a funny way of running out on you when you least expect it, and as such my time in Kiama is coming to an end. While preparing to head to St George I'm also preparing for the possibility that it may be quite a while before I have access to wireless internet. Hopefully it won't be long at all and I can continue to keep everyone updated with what's going on with the trip.

Yesterday we started off at TripleCare. For lack of a more appropriate term it is a rehabilitation center, but more accurately it is a center that helps young people who have had issues with substance abuse or other destructive problems go and learn to overcome those issues and find the inner strength that's hidden within. They can then take that knowledge, coupled with the marketable skills they are taught at the center, to build on, as a foundation to a better life. Below is a view from the location, which is both serene and breathtaking. 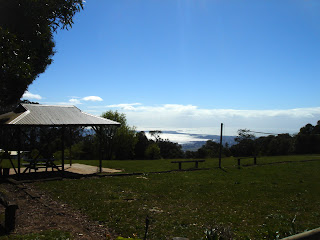 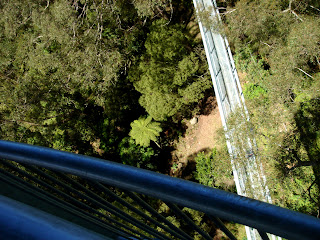 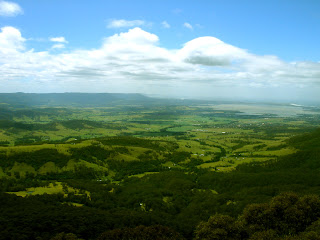 That evening I was a welcomed guest at Kiama Lodge. The lodge is older than the Commonwealth of Australia and I was happy to find that fellowship is the same around the world. The brothers made me feel welcome, and watching their ritual was certainly a learning experience. 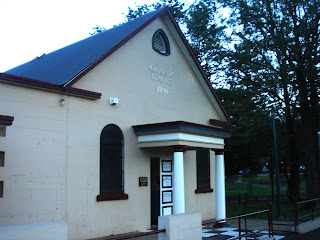 Today we visited a woman affiliated with WIRE, a group that does wildlife rescue work in Australia. They help animals injured in car accidents and left on the side of the road, or animals that are the offspring of a parent killed by a car. I have attached two photos from this visit. The first is a pair of Kangaroos that were rescued, both of which were extremely young. The latter is a pair of Wombats. It was interesting to learn that they have giant bone plates on their rump and shoulders to protect them in case heavier animals collapse their Burroughs and step on them. Also, their pouch is backwards to a Kangaroo or a Koala's pouch so that they don't spread dirt into their pouch with their offspring when they dig through the dirt. 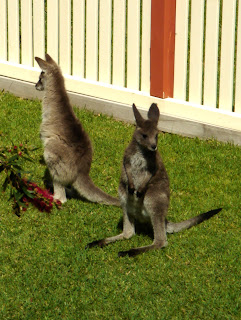 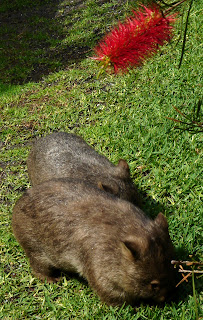 I also wanted to mention, that before our group left the animals we got to see a baby wallaby and two baby kangaroos. Whereas the other two Kangaroos where young they didn't quite match the big-eyed cuteness of the baby roos. They had their fidgety moments, but for the most part they just wanted to curl up in their blankets and be adored. We tried not to disappoint. 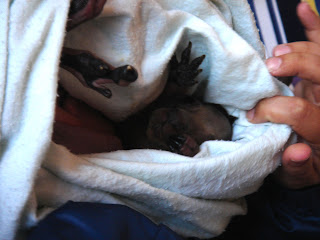